"Til Death Do Us Part" 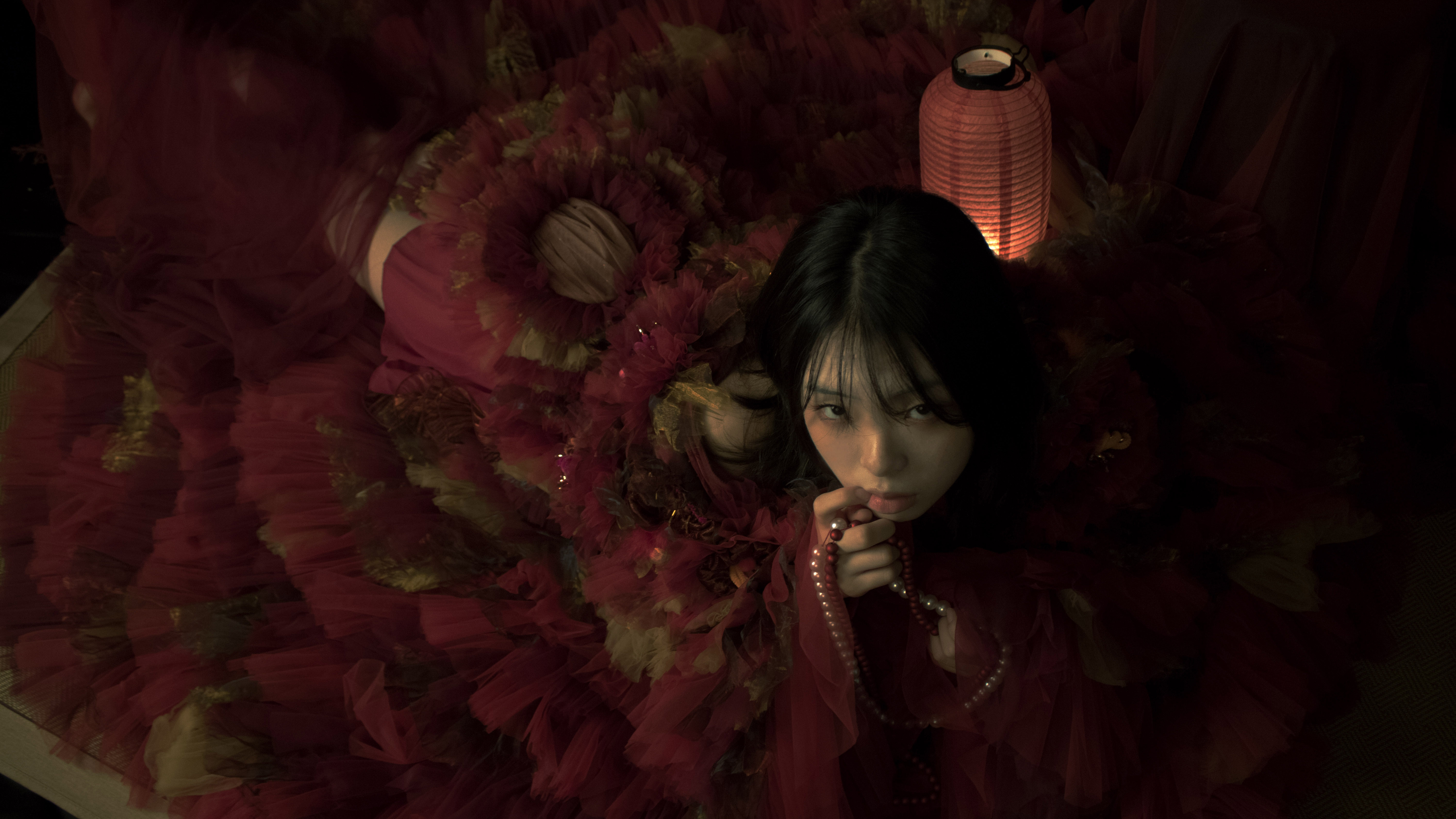 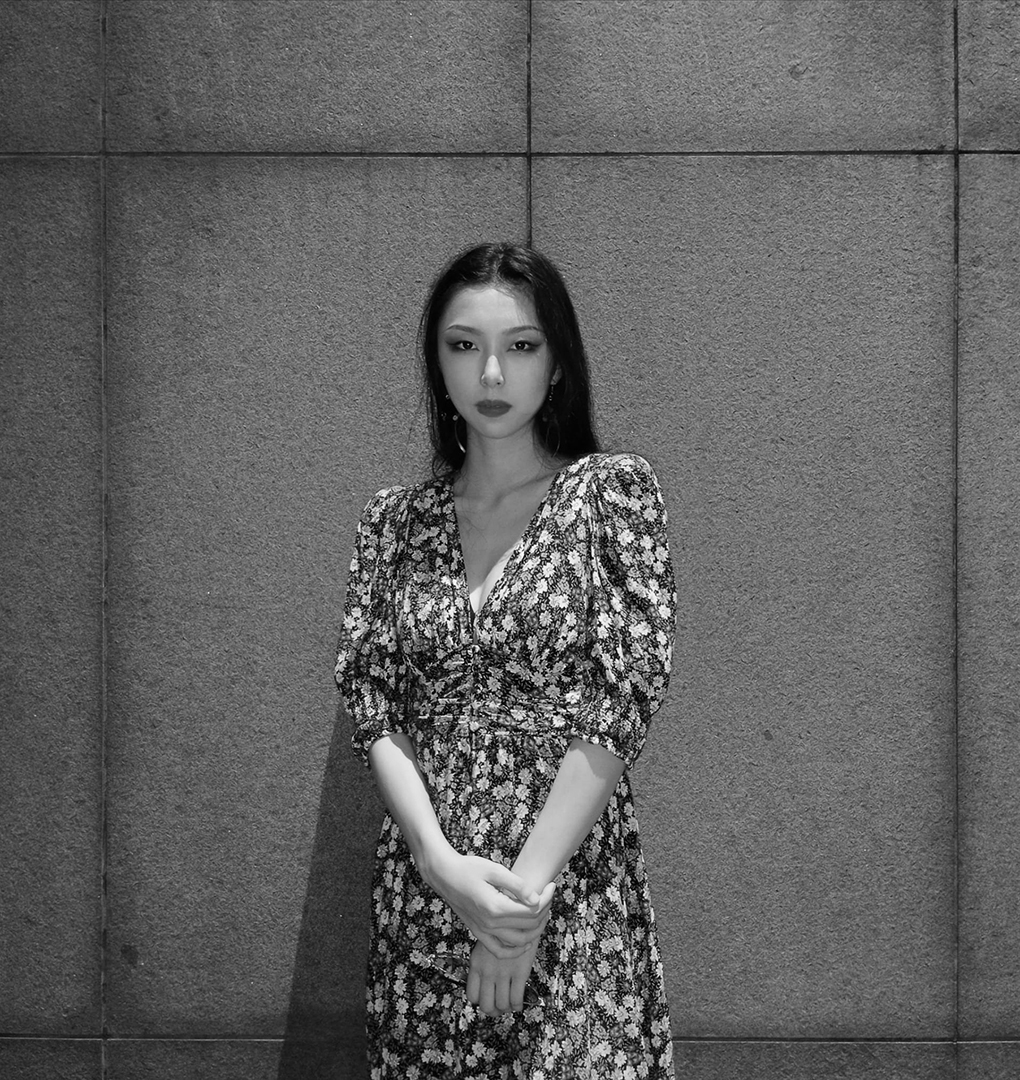 Ma Moyao was born in China and spent most of the time in Singapore. Currently studying Fashion Design at Lasalle. Moyao's fundamental interests are in textile and embroideries.

The idea for Til Death Do Us Part came from the hot topic on social media about 催婚  (parents rushing their children to get married just for the sake of it). People were together not because of love but only for the title of "married". The textiles were inspired by the traditional chinese wedding elements such as peony and phoenix with good meanings. While the shape and silhouettes were inspired by raw meat and human anatonmy which showed the reality of such marriage is nothing more than trading in the supermarkets. 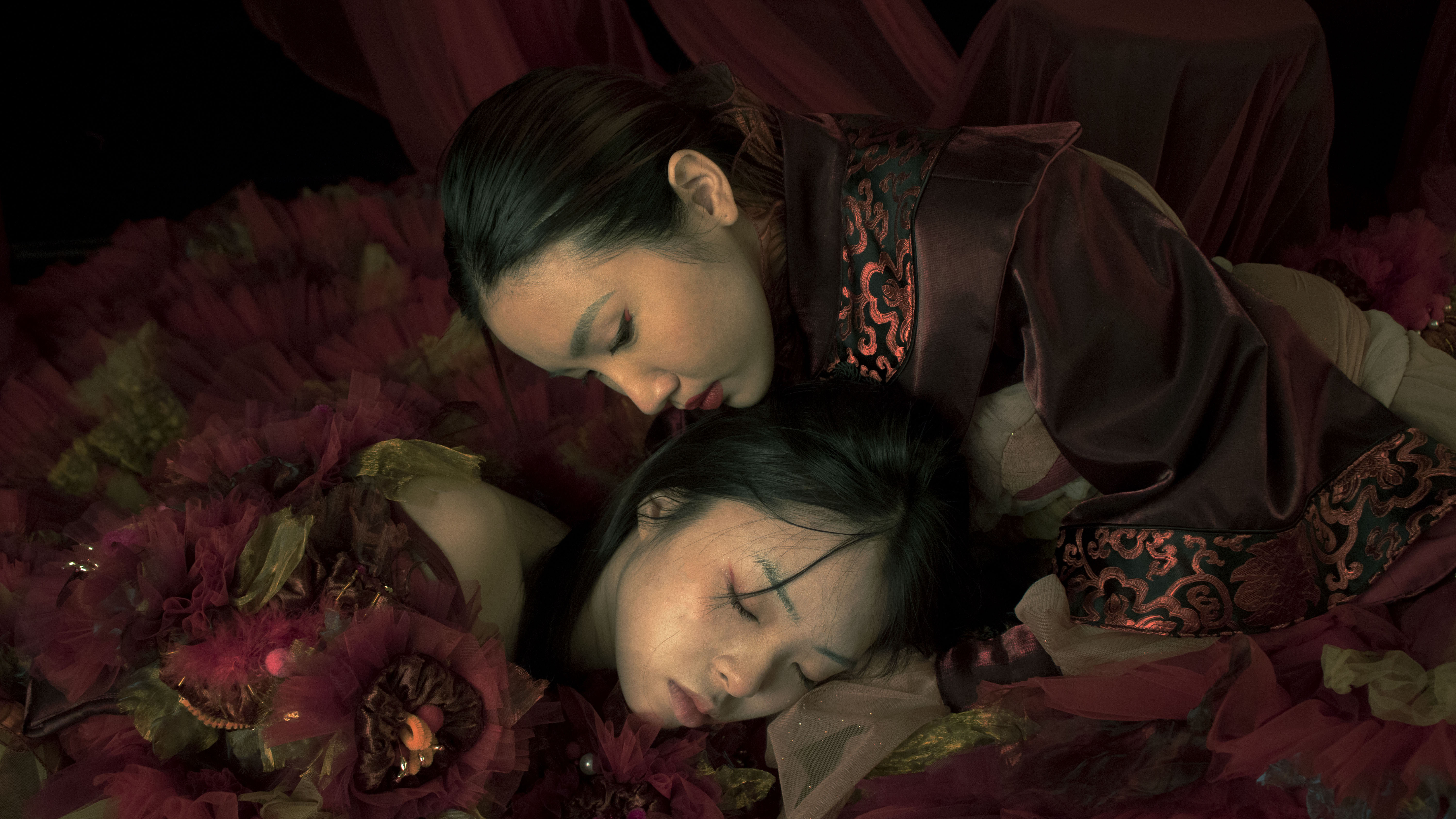 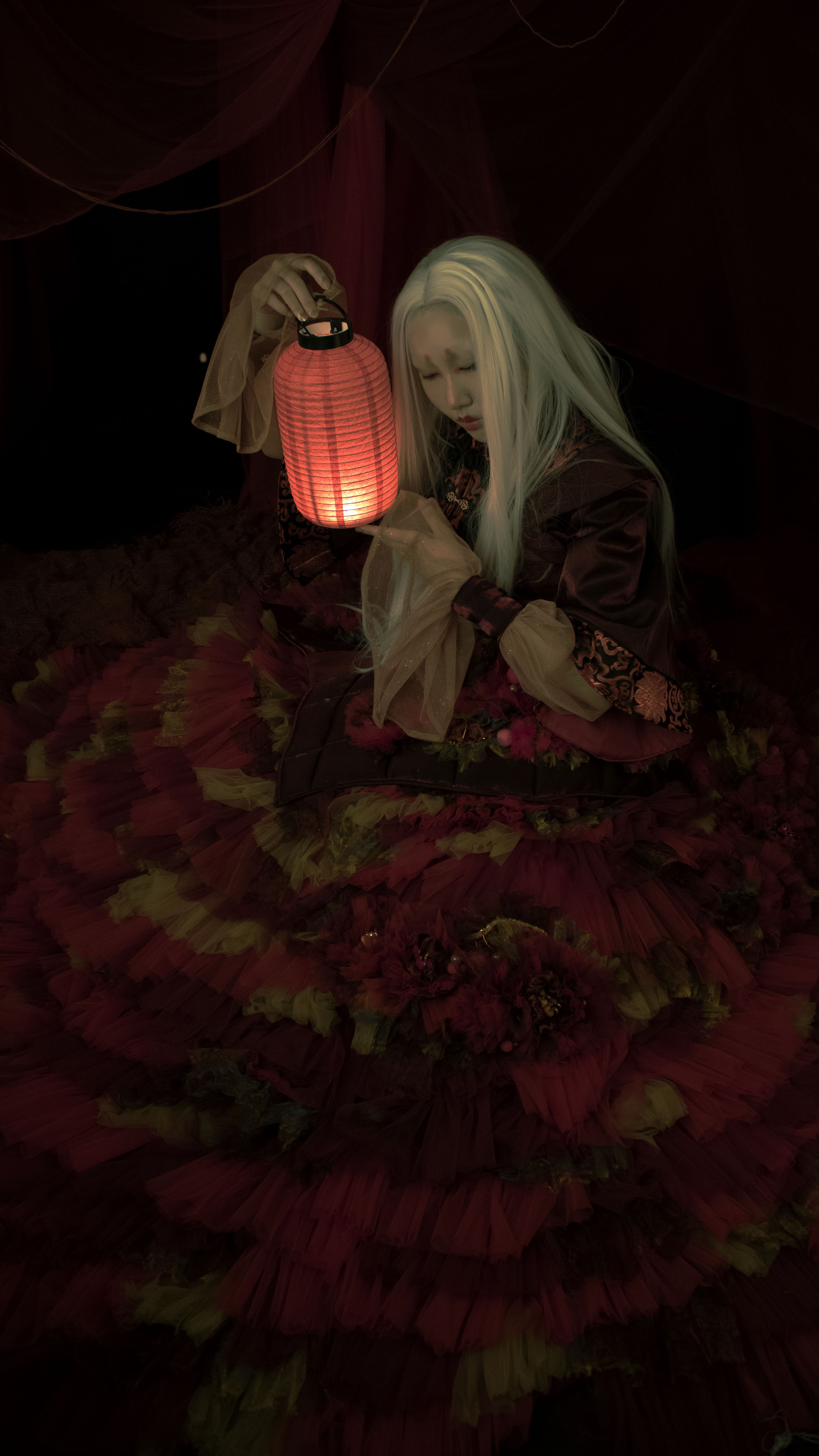 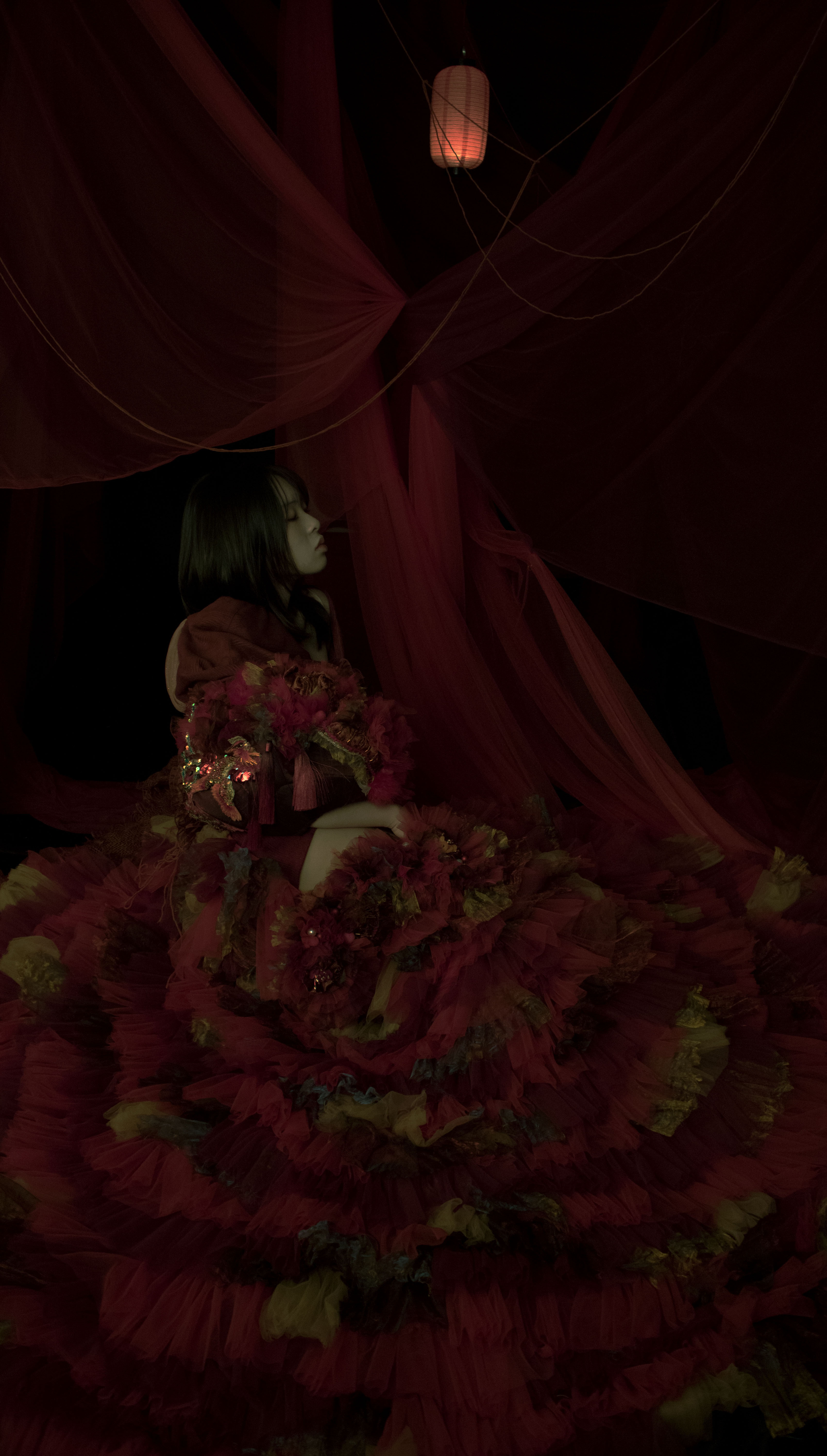 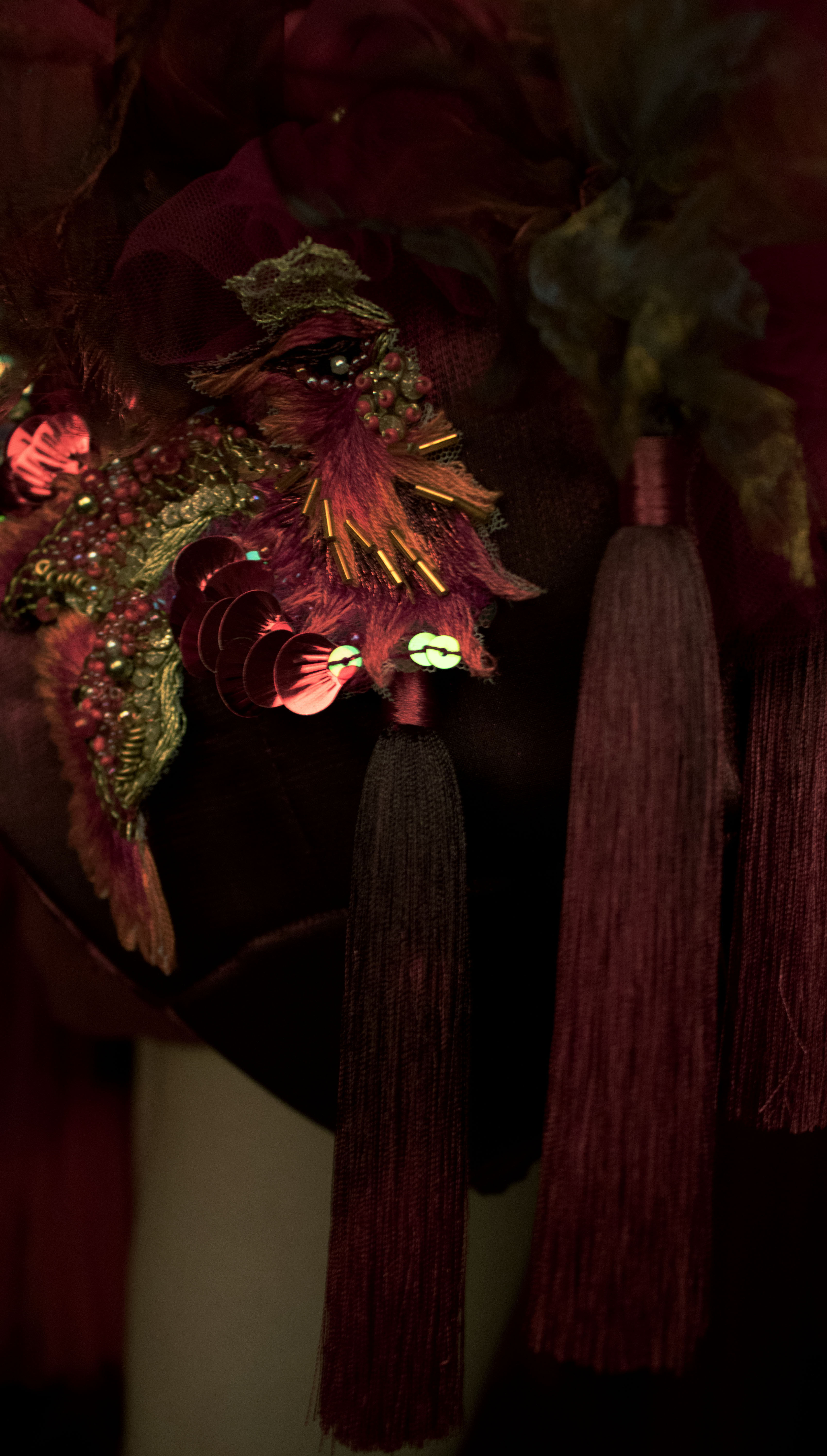 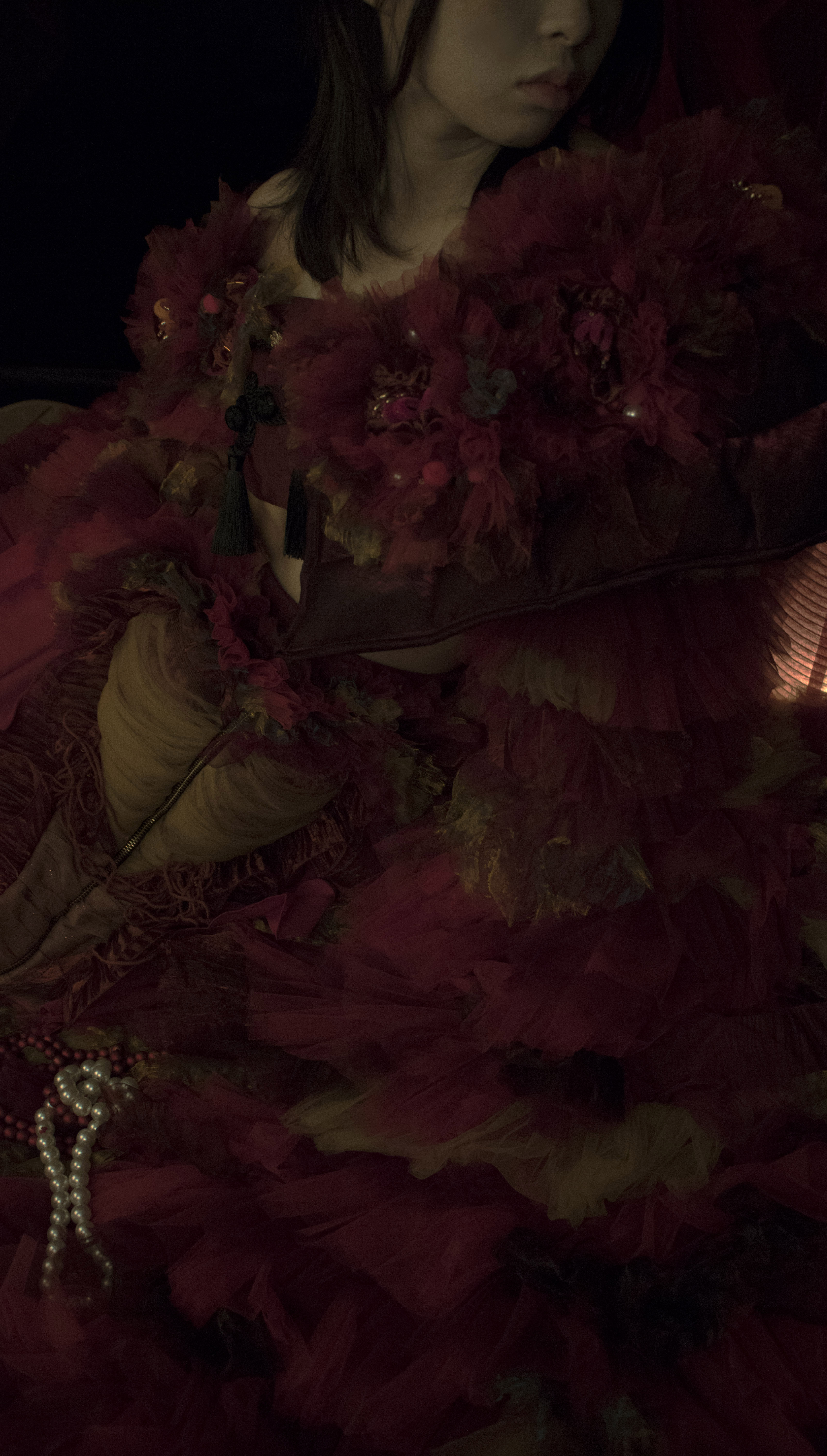 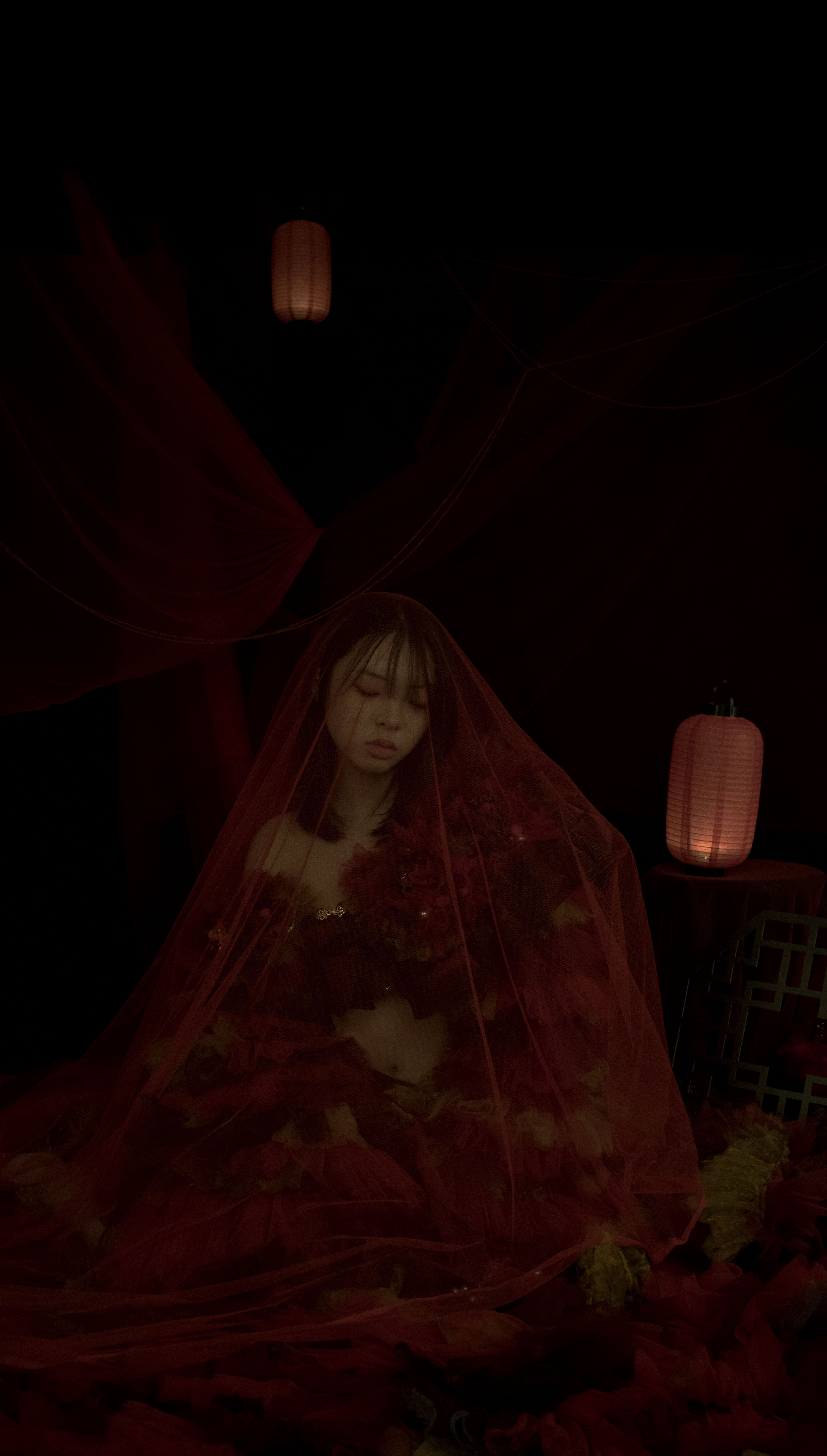 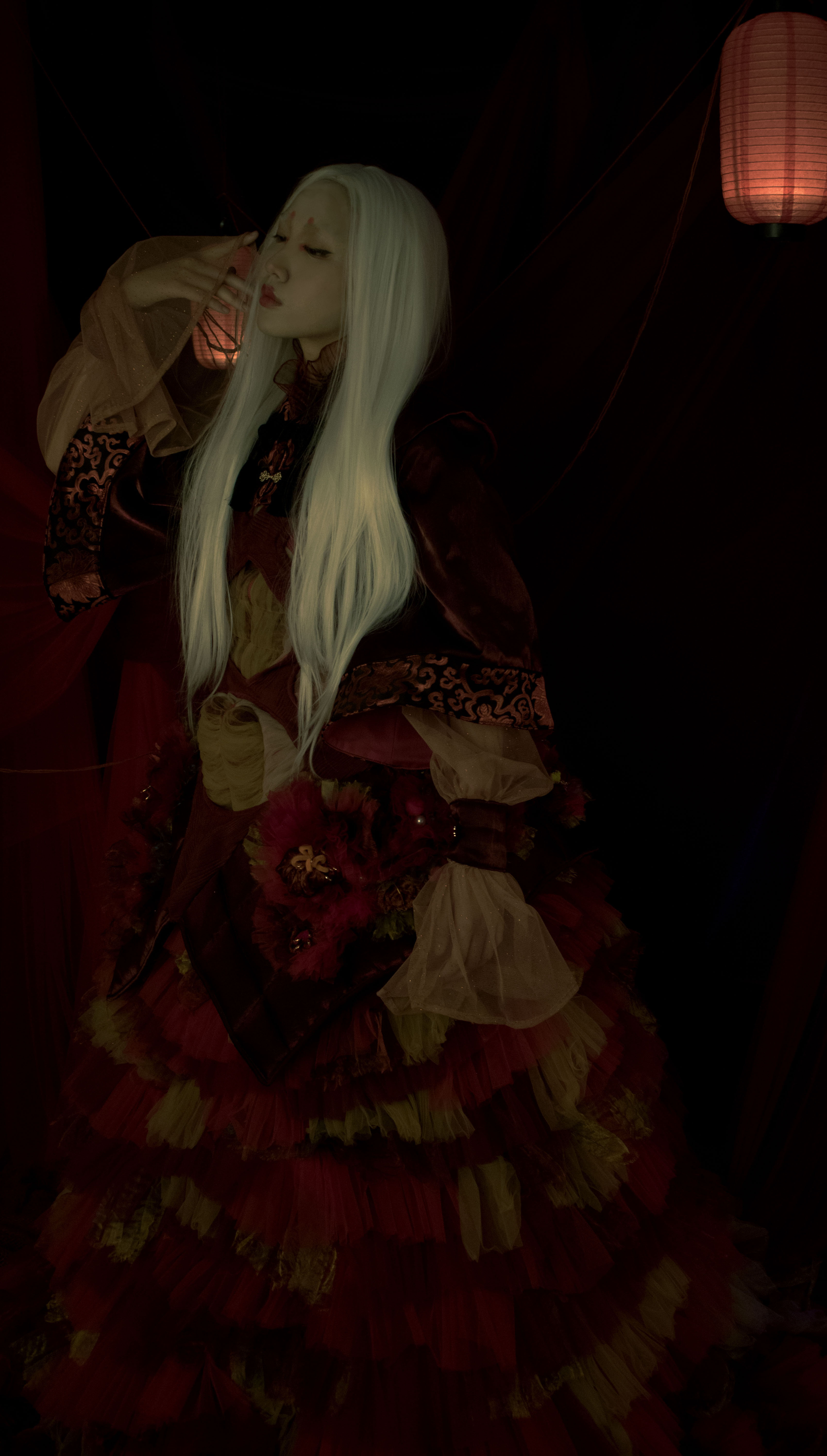 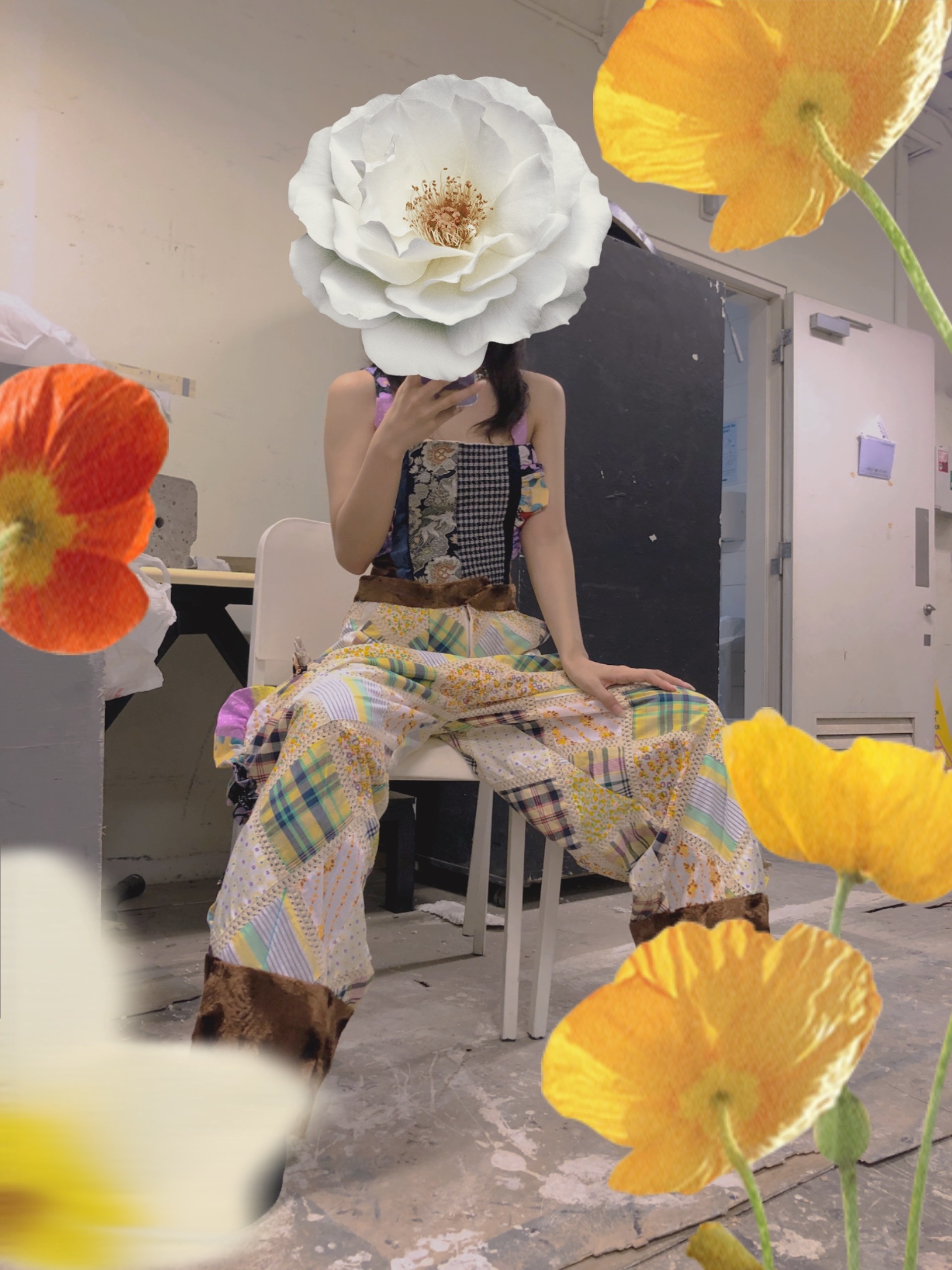 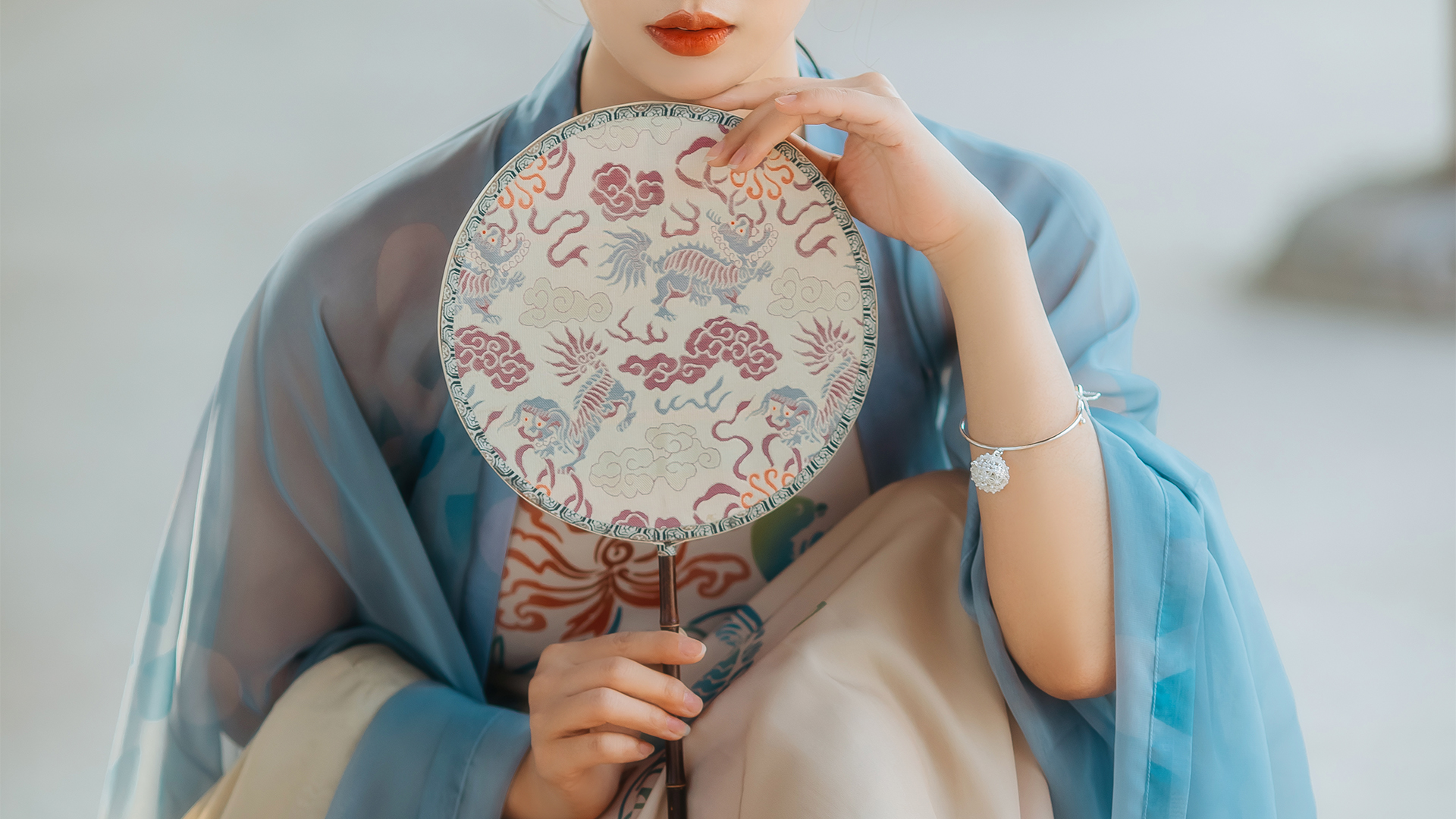